Today is World Orangutan Day. A day when we should be celebrating this magnificent ape and our close cousin. It is a sad reflection on humankind that instead, a major Greenpeace campaign got underway this week, not to celebrate orangutans but to save them.

Doyok, whom I first met when he was three years old, now an alpha male.

The campaign features Rang-Tan, a homeless baby orang-utan who comes to live with a little girl. Narrated by Oscar-winning actor Emma Thompson, the captivating animation powerfully advocates for a petition to halt the palm oil industry from destroying the rainforests, where Rang-Tan once lived. On this day of all days, why not sign it?

Palm oil is a US$ multi-billion industry. The tree, whose fruit bunches produce the oil, delivers far more per hectare than its nearest rivals (soy and rapeseed) using far less fertilizer and insecticide. Five years from planting, the tree will deliver a profitable crop for a 25 year period. For some this has been a development boom.

The oil remains malleable at room temperature, can replace other allegedly more harmful fats, produces exquisite bubbles in shampoos or soaps and is ideal in chocolate, crisps, cosmetics, and cakes.

But palm oil’s dark secret is that its production has been responsible for the wholesale conversion of rainforests in Indonesia and Malaysia. And is on course to do the same in West Africa and Latin America. The associated burning of rainforests and peatland fires from forest clearance contributes to 15% of global carbon emissions.

Orangutans who depend on South-East Asia’s forests are on track for functional extinction within a few decades. Populations have plummeted by 150,000 in a single 15 year period. I have watched in horror as the forest surrounding the last strongholds for the species in southern Borneo are being degraded through illegal logging. It was not always this way.

In 1978 when I travelled by canoe up the Baram and Melinau Rivers in Northern Sarawak, impenetrable rainforest lined the banks, broken occasionally by an Iban longhouse. My destination was Borneo’s second highest mountain, Gunung Mulu, climbed by the polar explorer Ernest Shackleton in 1932.

Reaching the 2,376 metre summit after a three-day climb through thick jungle, I gazed out on an ocean of green. The melodious sound of Müller’s gibbons floated up on the cool misty air. Three-quarters of Borneo was forested then and the rivers ran clean.

But if I went there now what would I see? To the horizon, it mostly still looks green but the natural forest has been replaced with an alien monoculture of palm oil plantations. Only the border of the national park has prevented conversion of what is today one of the most famous protected areas in south-east Asia.

The Penan, that we made first contact with, are a nomadic indigenous people inhabiting these forests. They no longer live free, having been moved to riverside villages. Most have forgotten their traditional hunting techniques, such as how to use a blowpipe. 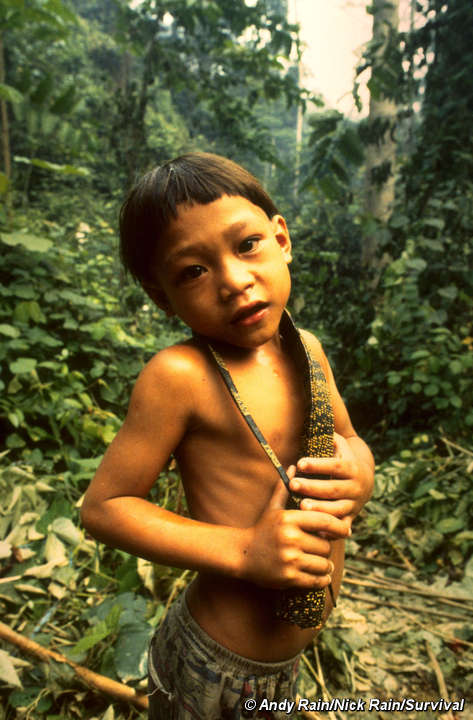 It is a pattern repeated across Borneo and wherever new palm oil frontiers are established. As the reputation of Indonesia and Malaysia’s palm oil becomes increasingly tarnished in the West, producers are looking for new territories to deforest in Africa or Latin America. In Asia, the new frontier is mainly in Papua.

Yet many companies have pledged to achieve ‘zero-net deforestation’ in their sourcing by 2020. In my next instalment, I will explore what the options are for these companies — and for us, as consumers — if we want to stop the destruction of this important habitat, so vital for Rang-tan and her friends.

The Little Book of Investing in Nature 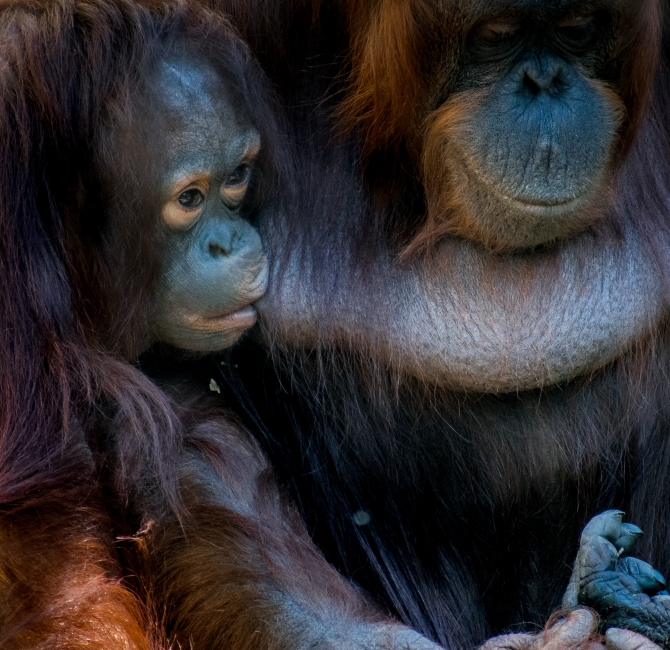 No homes for orangutans: part two