Lord Goldsmith said that this was the first COP to have nature at its heart, and he is right. He led the effort at COP26 to corral 141 Governments and 30 financial institutions to sign a bold pledge to halt deforestation by 2030. Other major pledges have been made or are in the works on tackling methane, stopping the production of internal combustion engine cars, and even phasing out fossil fuels altogether[1]. The bald truth however remains, that unless all these commitments are met, the world remains on track to be emitting almost 40% more carbon in 2030, as is needed to stay below 1.5 degrees. As Sir David Attenborough said, only one number matters in this challenge, the amount of CO2 in the atmosphere, and that is still climbing upwards relentlessly.

For me the biggest leap forward at COP26 was to put nature on a par with renewable energy, as a solution to climate change. This transformation in mind set, should not be underestimated. When I first started advocating for natural climate solutions at COPs under the UNFCCC, some negotiators angrily retorted: “We don’t need that green slime in here!” Back in 2007, negotiations were dominated by men from industry, energy and transport. They failed to comprehend that the climate battle could not be won, unless emissions from agriculture and burning forests were transformed into a giant carbon capture opportunity. How different things are now.

Signatories to the Glasgow Leaders Declaration on Forests and Landuse, have pledged US$19.2Bn to implement it. US$12 Bn is from donor governments and the rest is from private sources. With Russia and China signed up, 90% of the world’s forests are covered under the agreement. Crucially,  $1.7 Bn is directly allocated for indigenous and other forest communities to regularise their property rights, acknowledging that they have proved the most successful at protecting forests, rather than cutting them down. Over 30 financial institutions signed a pledge to stop financing the supply chains that cause deforestation too.

Cynics say that in 2014 the New York Declaration on Forests, called for similar action, but since then deforestation has sharply increased. Stopping deforestation, much of which is legal and that which isn’t, is extremely hard to stop, is indeed a steep mountain to climb. There is little detail on how this new pledge will translate into action on the ground. Without a herculean effort, signatories to the Glasgow agreement will almost certainly fail to achieve its aims, inside the decade. But whether they do or don’t, it creates an imperative for action on other fronts. President Bolsonaro is presently being taken to court in a test case at the International Court of the Hague – on a charge of Ecocide. Acting on the Glasgow forest Declaration he has signed might be his best defence.

What’s significant, is that pledges on nature were made at all in this 26 year long debate, dominated by energy. At numerous meetings in Glasgow, I declared “After climate, Nature is next!” There is a growing realisation that this is so and that staying below 1.5 degrees cannot be achieved without help from Mother nature. There was even a Nature and Landuse Day. It should be obvious that what reduced the earth’s atmospheric concentration of CO2 from 95% a billion years ago, to 0.04% today, was not machines, but trees and plankton. Whilst questionable technological solutions abound, a significant shift to acceptance of nature-based solutions to climate change came of age at COP 26, as a practical means of mitigating and adapting to climate change. As with renewables, investment in this sector is set to sharply increase.

The problem is that the vital ecological infrastructure that has kept the earth stable since the last glaciation, is being rapidly destroyed by our economy.  Business and finance has no dashboard delivering data to measure the natural capital they are depleting or the impact this could have on their portfolios. And GDP, the fundamental yardstick of economic success, measures everything that we spend and nothing that we protect. So food, infrastructure and extractives, fuelled by a tsunami of subsidies and private sector money, converts living things to dead things, in the name of pumping up GDP still blind to externalities. The scale of this depletion is vast. The Ever Given, had 18,300 containers on board, as it ran aground in the Suez Canal. The twelve largest ships carry 24,000 each.

Consider these numbers. The total sum of funds deployed to protect nature, mostly from governments, equates to about US$150 billion a year[2]. The value of subsidies that harm nature, also from governments, is five times that[2]. If nature negative private sector money is taken into account, the ratio could be as high as 1:100. There are constant calls at COP’s, for both climate and nature, to significantly increase spending to halt climate change or reverse nature’s demise. In nature’s case, even if it were doubled, it would simply be washed over by negative finance in commodity supply chains alone.  As one Amazon indigenous leader, Juma Xipaia, said, “You must take responsibility for our own consumerism, and not destroy our lands because you don’t.

After 40 years at the conservation frontline, my conclusion is that unless we fundamentally change the movement of money, we will finance ourselves into extinction. Language and scale are important here. In the game of preserving our life on Earth, NGO’s travel in the land of ‘Millonia’, governments reside in ‘Billonia’ and capital markets are in ‘Trillonia’. Each land operates a language and at a scale that is incomprehensible to the other. This results in what some activists at COP called “a pollution of empty promises”.

For the first time at COP26, quite a few Trillonians turned up. More representatives of major banks, investors, insurers were there than ever before. The dilemma for these titans of finance, is dialling down cherished cash cows, like fossil fuel holdings, whilst ratcheting up risky renewables and other green investments. At COP26 there was much talk of ‘my pledge has more Trillions than yours’. Appetite for ESG investing translated at COP 26 into the world’s biggest pools of capital competing for prominence at a growing table of pledges. Some will cry ‘greenwashing’. The test will be radical transparency and monitoring of progress towards delivering on these pledges, both in the journey towards net zero for climate and in net zero for nature too.

I offer three initiatives that I believe can help meet this challenge – on managing risk, scaling opportunity, and delivering transparency.

As with climate, business and finance needs a framework through which to navigate the risks towards a nature positive world. At COP 26 the Taskforce on Nature-related financial Disclosure, a cousin to TCFD on climate, was on many people’s lips. Launched in June 2021, with David Craig former CEO of Refinitiv and Elizabeth Mrema, Executive Secretary of the CBD at the helm, the TNFD will deliver its reporting and disclosure framework in mid 2023. This could help to make sense of the burgeoning maze of data, metrics, and standards emerging in the nature space and help direct finance to be less impactful on forests, landscapes and oceans, whilst helping the climate crisis too.

Secondly, whilst better understanding of nature related risk could drive trillions away from businesses destroying biodiversity, asset managers and bankers need to find alternative safe havens for redirected capital. The rise of ESG investing means that capital markets are hungry for upside opportunities that are scalable and with big ticket sizes. After energy, the global food system is the next in line for a complete overhaul. Industrialised food systems are funnelling into a perfect storm of climate impacts, changing diets and novel production methods that could see cattle feedlots, inorganic fertilizers and harmful pesticides as the stranded assets of the 2030’s. As with energy, the next revolution will be in ‘renewable food.’

Agrihaven, launched at COP 26 and catalysed by the Global Alliance for a Sustainable Planet, offers a simple concept. Intensify food production on 10% and re-wild the rest. Jamaica imports some 70% of its food. GASP’s Agrihaven project intends to turn that around combining closed loop vertical farming to grow fruits, vegetables, and algal oils in combination with regenerative agriculture, training, and new jobs. What’s new is a glasshouse complex that can withstand 200 mph hurricanes, Boskalis built dykes to fend off sea level rise and a closed loop waste and energy system. If successful, the concept could be scaled around the world.

My final tool is radical transparency. Global Canopy’s Trase.finance app can now reveal a bank’s exposure to deforestation through holdings it barely knows it has, all on a mobile phone whilst enjoying a “wee dram” beside Loch Lomond. The app, developed by Neural Alpha, has unpicked the complex and sometimes murky chain of multiple companies through which the deforestation supply chain is financed worldwide. As anti-money laundering legislation and new import regulations tighten on deforestation linked imports, the liability risk of inaction is rising sharply for the players who sometimes unknowingly finance it.

So will we look back at COP 26 and see it as a turning point for recognition of nature’s crucial role in keeping our planet safe? I think yes. There is more change in attitudes, among central banks, asset managers, and the public (whose money it is), than I have seen in the previous 40 years. This time it is worldwide. Covid 19 has demonstrated emphatically that a speck of nature can bite our economy fast, and across all sectors costing USD28Tn in lost output, according to the IMF[3]. At the 11th hour, we are realising that we need to keep nature on our side. 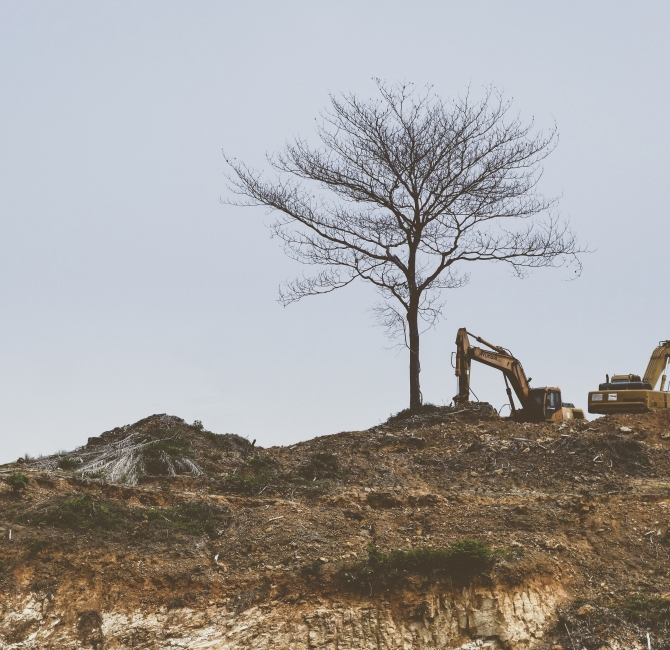 Loss of Nature a Bigger Threat to Economies than Climate Change? 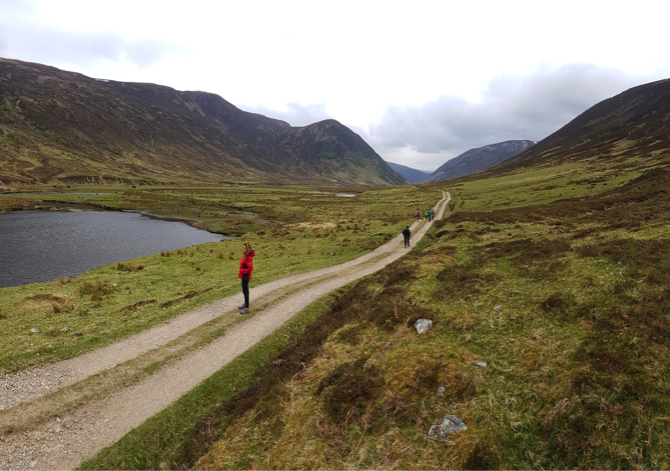